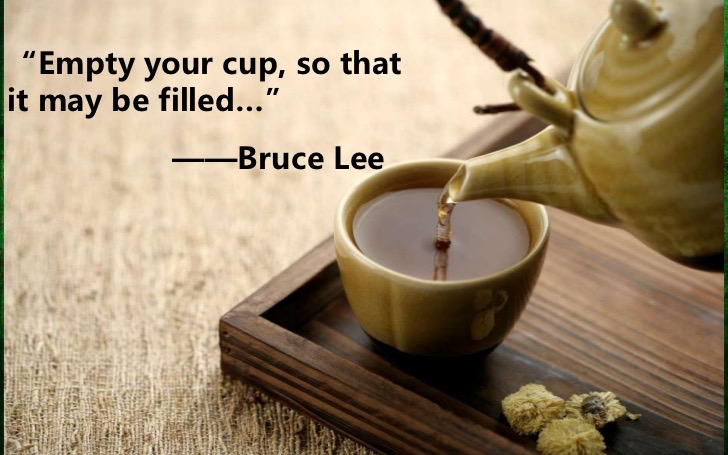 I pulled this small quote from ‘The Forbidden Kingdom’. The movie itself isn’t critically acclaimed, but this scene really can hold a lot of meaning.

TSgt Jones was a problem solver, a man who saw the world through a lens of tasks to manage and dominos that need either knocked down or protected. He knew how to keep a thousand juggling balls in the air and he only let the least important ones fall if it meant saving the important ones. He was a firefighter, of sorts, that worked to put out the closest, biggest “fires”, knowing that focusing on the unimportant ones would end with disaster.

I spent so much of my career finding reasons to stay as busy as possible. I hated downtime. I hated not being productive. Not actively fixing problems, even for a moment, felt just wrong. It felt like I was failing in something or letting someone down. This attitude garnered promotions and earned awards, but avoided the struggles that I didn’t want to face.

What I never thought about was that I didn’t want to think. When your mind is full of multitasking and contingency management, you have zero time to think about your own issues. I didn’t consciously know it, but I was afraid of thinking about the mental and physical issues that were creeping in.

Now that I’m medically retired, I have a LOT of downtime. It is almost impossible to avoid the problems. That is tough.

One positive piece of my free time has been the ability to refocus, the ability to start to figure what I’ve been afraid of knowing. I’ve had time to process what exactly are the issues that my body and mind are working to overcome. Actually facing the problems head on and accepting the terminology and physiological imbalances has made it much easier to live daily life. In turn, having less stressors, more balanced emotions, and more stable daily life has made it easier to understand and face the problems. One continues to feed the other. Obviously, this isn’t the case sometimes. I still have weeks, days, or even just moments, that I find it hard to grasp why I feel the way I do and what I can do to get past it. Sometimes I can still feel like I have failed because I can no longer do my military job without continuing to have the severe physical and mental problems that I drug along.

…to get back on track. I often feel like my whole identity has been changed. Actually, it feels like my identity has been completely removed and not replaced with another one. It is almost like my identity as a human was part of the issued military gear that I had to turn back in upon retirement. In the time since then, I’ve had to learn to stop forcing myself into the identity that I once held. I’ve had to “empty the cup” of who I think I am and learn anew how I need and, somewhat more important, how I want to refill the cup.