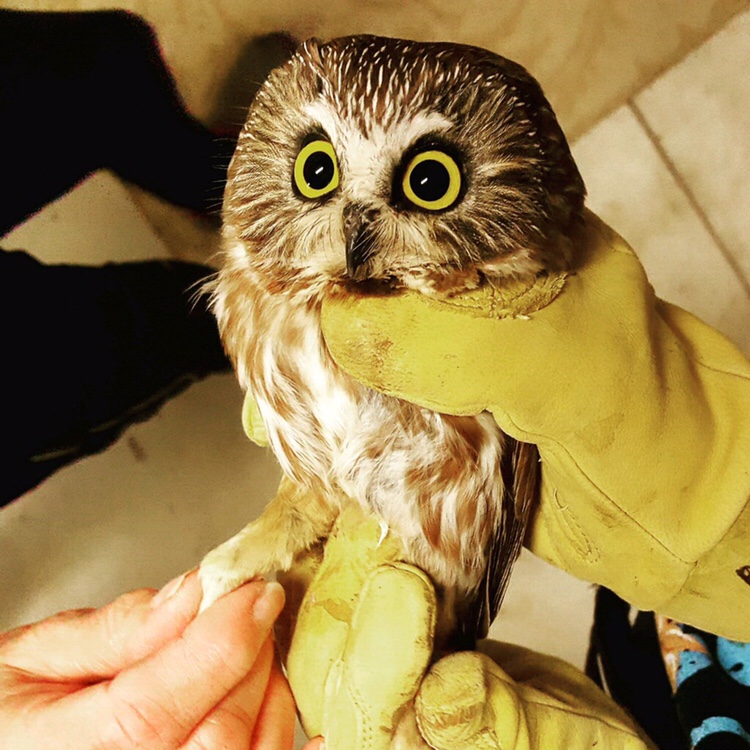 This post is going to be a chronological telling of my thoughts for the day.

As I write this intro I am also glancing at a small box not five feet away. Inside that box…is an owl, a saw-whet owl to be specific. In case you don’t know, they are super tiny and freakishly adorable. (Yeah, I’m a grown man who said it is adorable. Deal with it.) This little guy is getting released tonight, back to live his life after a short recovery. Since this marks a big day for me too, that of being my last day with the Wednesday Crew(see Boots to Birds) AND my first release that I, myself, will be doing, I’m going to spend that time with my family. It is such an amazing opportunity to be able to help close the final pages of a chapter for this guy and, at the same time, close some of my own. That is why I want my family to be there. They have been my rock through all of my recovery and I just feel like it is an awesome moment to share with them. We can all close chapters together.

Some of you might be wondering why the title is “Pigwidgeon”. That was my wife’s idea. I surprised her over her lunch break with the news that we’d be able to do this release and she was so excited. A lot of “d’aww” and “he’s so little” when she saw the box and the photos. Her first question wasn’t one of logistics or concern, but instead was, “What’s his name?” Our releasable birds don’t usually have names so my wife decided, “Well, HIS name is Pigwidgeon”, named after a tiny owl in Harry Potter. That put a smile on my face, not only that she was ok with doing the release, but also that she was able to personalize this little guy right before his big night and be excited for him.

Now that she’s named him that, I can’t look at his box without thinking, “I hope Pigwidgeon is okay” or “I’m sure Pigwidgeon is wondering what’s going on” or “I can’t wait till the girls get to see Pigwidgeon go home”. So, thanks for that, Kim.

I’m excited, we’ll, maybe just a ‘little’ more than that. While it is cool to play landlord to a bird of prey, it will be even better seeing him go free. A feeling that sounds scary in certain contexts, but is sort of the opposite in this case.

I’ve sent a “sneak peek” of this post to a few people already. It is just hard to hold off on telling people about my plans for the night.

My little ones are now home and SUPER excited to release the tiny fella back to his home. My littlest little remembers the hawk release we watched a few weeks ago and is now saying, “owl box” and “owl home”. It is nice to actually be able to step back and enjoy the moment for what it is…even when you are yourself being impatient. Come on, sun, go down!

Kim finally got off work and the sun finally started going down enough to release him. The girls were bouncing off ALL of the walls! It took a lot of work just to remind them not to scare the poor little dude.

We ended up setting him loose in the local wetlands, where it was peaceful. One cool part about the release, being such a small bird, the girls were able to help. Not like, “oh…you did it, now go stand back” help, actual hands on help opening the box. A neat sentence that both girls called out throughout was, “bye bye, owl!” I couldn’t make that up any better.

We stood there and watched the little guy as he sat on a limb. …we took a moment, without prompt, to be mindful. We slowed down what we were doing and just observed. That’s something that we could all do more of.